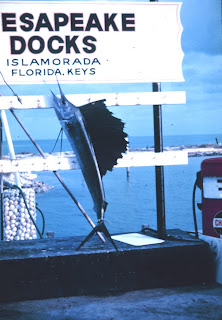 United States v. Cain, No. 07–4535 (6th Cir. Oct. 13, 2009). Judges Guy, Rogers, and Griffin.
Facts: Defendant was convicted of attempted rape in Ohio in 1998. Defendant had to register as a sex offender. July 27, 2006, SORNA became law. That summer, the defendant wanted to move to Georgia. He met with his parole officer in Ohio. He then left for Georgia, but did not update his registration in either Ohio or Georgia. Ohio issued a warrant. On February 28, 2007, the U.S. Attorney General promulgated a regulation specifying that SORNA applied to people convicted prior to July 27, 2006. The defendant was arrested in Georgia in 2007. Ohio brought charges against the defendant, but these charges were dropped and the defendant was prosecuted federally.
Procedure: Defendant filed a motion to dismiss the indictment. After the government responded, however, the defendant decided to plead guilty and entered a conditional plea, preserving his right to appeal an adverse determination on his motion. The district court sentenced the defendant to five months of incarceration with credit for time served.
Issue: Was the defendant a person who was required to register under SORNA prior to the AG promulgating the regulation regarding registration by those convicted prior to SORNA.
Holding: Indictment dismissed because 42 U.S.C. § 16913 required the AG to issue regulations before SORNA applied to sex offenders convicted prior to SORNA’s enactment.
Conclusions:
* Plain meaning of § 16913(d) requires AG to make specifications before SORNA applies to offenders whose convictions predate SORNA.
* Congress did not make it the default position that SORNA applies unless the AG excused compliance. Rather, SORNA did not apply to certain individuals until the AG specified that it did.
* Even if § 16913(d) were ambiguous, ambiguity would be construed in favor of defendant.
* Also, the AG’s regulation could not take immediate effect for defendant because the DOJ did not provide good cause to dispense with notice and comment or with the 30-day waiting period (required by Administrative Procedure Act). Indictment covered period ending March 28, 2007, less than 30 days after promulgation of reg and a month before the end of the comment period. AG’s failure to comply with APA means defendant was not subject to the reg during period covered by indictment.
Judge Griffin dissented.
Dissent:
* SORNA applied to defendant. Violation indisputably occurred after SORNA enacted.
* Immediately upon enactment, SORNA applied to individuals whose convictions pre-dated it. "Shall have authority" language in § 16913(d) is permissive—not mandatory—so AG not required to promulgate regulations.
* Even if SORNA’s application to individuals with convictions pre-dating SORNA was not established until AG issued reg, majority still mistaken regarding the AG failing to demonstrate good cause to dispense with the 30-day notice-and-comment period. Public interest in safety gave good cause. Reg was valid and applicable to defendant.
Posted by Clare Freeman, RWS, WD Mich at November 24, 2009
Email ThisBlogThis!Share to TwitterShare to FacebookShare to Pinterest

FYI, today the government filed a petition for en banc consideration in this case.