When the government must do more, but had its chance

United States v. Bourquin clarifies the government's burden when it seeks to apply a seldom-used guidelines provision. The court's instructions for remand are where defense attorneys may want to take a close look.

Bourquin called in a false tip to the FBI about a plot to attack a former federal prosecutor. He pleaded guilty to maliciously conveying false information concerning an attempt to kill, injure or intimidate the prosecutor by means of fire, under 18 U.S.C. § 844(e).

The PSR recommended a four-level increase under Guidelines § 2A6.1(b)(4)(B) because "the offense resulted in offense resulted in . . . a substantial expenditure of funds to clean up, decontaminate, or otherwise respond to the offense." Bourquin objected. The government attempted to justify the enhancement by noting the steps agencies took based on his false report, arguing that they amounted to more than a typical investigation and required a substantial expenditure of funds.

Pulling back on Havis? 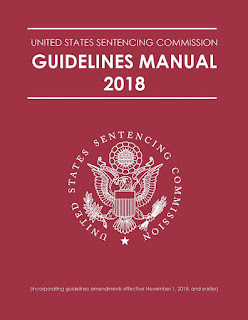 The Sixth Circuit Picks a Side in the “Different Location” Debate

There Are No Shortcuts In Seeking Compassionate Release...Even During a Pandemic.