Trajectory of Change? Power to Vary from All Guidelines Based on Policy Reasons? 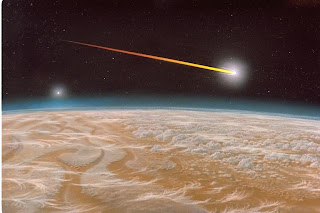 In a very short, published opinion, the panel of Judges Keith, Merritt, and Gibbons remanded a crack case for resentencing. United States v. Vandewege, No. 07–2250 (6th Cir. Apr. 8, 2009). The gist of the case is that the sentencing court did not err in attributing 12.3 grams of crack found in the car to the defendant.
The highlights are in the dicta:
—The panel remanded for resentencing under 18 U.S.C. § 3582(c)(2). The panel noted "that the sentencing court instructed the Bureau of Prisons to attempt rehabilitation by treating and trying to cure the defendant’s drug addiction. This § 3582(c)(2) is part of the same subsection that allows courts to modify sentences for compelling reasons upon motion of the Bureau of Prisons. It may be that the Bureau of Prisons will have further information concerning rehabilitation worthy of consideration under § 3553."
—Are courts beginning to recognize a broader scope for § 3582(c)(2) resentencings?
—Case also should be remanded under United States v. Johnson, No. 07–2447 (6th Cir. Jan. 26, 2009) (remanding in light of Spears, in which Supreme Court reiterated sentencing courts’ ability to reject crack guideline on policy grounds).
—Majority recognizes sentencing courts may vary from guidelines in general on policy grounds. Closer review may apply if the variance is in a mine-run case. Judge Gibbons disagrees with this point in her concurrence. She believes that "[n]either Kimbrough nor Spears authorized district courts to categorically reject the policy judgments of the Sentencing Commission in areas outside of crack-cocaine offenses, as the majority suggests."
Sign of things to come?