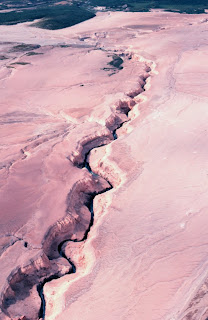 Last Friday, the Sixth Circuit weighed in on an interesting circuit split over what constitutes the "applicable guideline range" in the crack-resentencing context.
In United States v. Pembrook, No. 08--6452 (6th Cir. June 11, 2010) (to be published) (panel of Judges Boggs, Suhrheinrich, and Rogers), the Sixth Circuit joined the Eighth and Tenth Circuits in finding that the applicable guideline range at the original sentencing was the initial range, not the range determined after downward departures to the crack-guideline level. This conclusion conflicts with decisions in the Fourth and Second Circuits.
Basic issue: defendant was a career offender, but district court (at original sentencing) departed to the crack-guideline range because the CO range overstated the defendant's criminal history. Should such a defendant be able to get a reduction in sentence under 3582(c)(2) based on the crack-guideline amendments?
Conclusion: the CO guideline range was the applicable range, so no reduction allowed.
The Second and Fourth Circuits allow a reduction in such circumstances: United States v. Munn, 595 F.3d 183 (4th Cir. 2010); United States v. McGee, 553 F.3d 225 (2d Cir. 2009). Sixth Cir., however, followed the Eighth and Tenth. See United States v. Darton, 595 F.3d 1191 (10th Cir. 2010); United States v. Blackmon, 584 F.3d 1115 (8th Cir. 2009); United States v. Tolliver, 570 F.3d 1062 (8th Cir. 2009).
Interesting considerations: the panel relies on Sections 1B1.10 (policy statement on resentencings) and 1B1.1 (application instructions for guidelines). Seems that the weight of such authority could be impacted by Dillon, depending on what the SCOTUS decides.
Judge Rogers provides a strong dissent. Sees two different "applicable guideline ranges" that apply at different stages of the guideline-calculation process. The crack amendments lowered the guidelines that actually, in the end, applied to the defendant. Dissent looks to other guideline contexts and case law in which the "applicable guideline range" is the range after departures. Also looks to the rule of lenity.
Labels: Career Offender Circuit Split Crack

Clare Freeman, RWS, WD Mich said…
I think Williams is pretty unhelpful too. I didn't have time to post on both, but I think this duet of Williams and Pembrook really cuts down the career-offender arguments in the 3582(c)(2) context.
9:05 AM, June 18, 2010