All in the family: Deference to trial strategy trumps IAC claim related to married attorneys’ conflict of interest 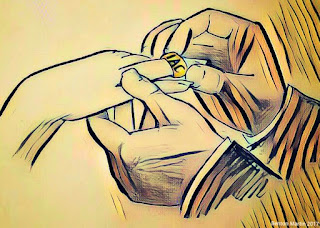 Spouses share many things, but there’s some things they shouldn’t—like clients. Or so teaches the sad tale of Ronald Kelly.

When attorney Greg Robey lost at trial representing Kelly, he turned Kelly’s appeal—raising ineffective assistance of counsel—over to his wife and law partner, Margaret. Worse yet, Greg then showed up at oral argument to present the IAC claim against himself! The appeal court, flagging this yowling conflict of interest, refused to adjudicate the IAC claim. It also denied Kelly's appeal.

The same court, however, overturned Kelly's co-defendant’s conviction, concluding that the trial court erred in rejecting his attorney's request for a lesser-included-offense jury instruction.

The Robeys hadn’t raised this now-successful jury instruction issue at trial or as part of their IAC claim on direct appeal. So they tried to jump on the bandwagon, arguing for the first time in a petition for en banc review that Greg was ineffective for failing to raise the issue. But the appeals court wouldn’t entertain the claim at that stage and, moreover, once again dinged the Robeys for the persistent conflict of interest.

At this point, Kelly fired the Robeys, and the Ohio Public Defender stepped in. But the damage was already done. The defender moved to reopen the direct appeal, arguing that the conflict of interest prevented Kelly from raising meritorious appellate claims, including the jury-instruction issue. In denying the motion, the appeals court reasoned that Greg’s decision to forgo a lesser-included-offense instruction for an all-or-nothing approach fell under the umbrella of reasonable trial strategy. Unfortunately for Kelly, he had already sought state post-conviction relief while represented by the Robeys during the pendency of his direct appeal, without raising the jury-instruction issue, leaving this avenue of relief foreclosed.

Kelly then headed to federal court, seeking habeas relief for the ineffective assistance of both his trial and appellate attorneys. No go. The Sixth Circuit, in an opinion from Judge Boggs, reasoned that the trial IAC claim failed because Kelly didn’t raise it on direct appeal, leading to procedural default. Further, the court refused to excuse the default on the basis of appellate IAC: the trial IAC claim would have been meritless, the court reasoned, because in its view Greg’s all-or-nothing defense wasn’t objectively unreasonable, despite the fact that it conflicted with no less than 10 eyewitness accounts.

The court acknowledged in conclusion how screwed up Kelly's case was because of "the poor performance of his counsel of direct appeal" but emphasized the deference afforded to trial counsel's strategic decisions.