Court defines parameters of filing an out of time 2255 petition 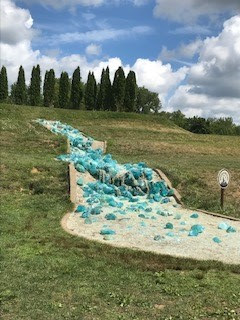 Defendant Simmons plead guilty to federal charges, and was sentenced on September 8, 2016.  He did not file a notice of appeal, but two years later, filed a petition pursuant to 28 U.S.C. 2255, and a motion to allow an out of time filing.  Simmons alleged that for twelve months after his sentencing, he was housed in state prison, without access to federal materials, and this affected his ability to timely file.

The Sixth Circuit held that  "to to invoke Section 2255(f)(2), it is the prisoner’s responsibility to allege (1) the existence of an impediment to his making a motion, (2) governmental action in violation of the Constitution or laws of the United States that created the impediment, and (3) that the impediment prevented the prisoner from filing his motion."  Under this standard, the Court determined that Simmons had failed to allege, with sufficient particularity, that he was prevented from filing his motion while at the state prison.   "He did not allege any facts connecting the facilities’ alleged lack of resources and his failure to file his motion within the normal one-year limitation period. He only provided the bare conclusory statement that the lack of access 'prevented him' from filing earlier. But did Simmons try to go to the state library and get materials even once?"

One bright spot in this opinion: the Court seemed to recognize that lack of access to federal legal materials, combined with a lack of legal assistance, can in some circumstances provide an excuse for the late filing of a 2255 petition.