Michigan R and O NOT a C of V 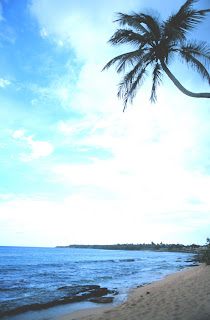 Hooray! Published opinion that Michigan Resisting and Obstructing a Police Officer is not a crime of violence! In United States v. Mosley, No. 08–1783 (6th Cir. June 5, 2009), panel of Chief Judge Boggs and Judges Moore and Sutton considered Michigan R and O under M.C.L. § 750.81d(1) and held that it’s not a crime of violence. No force, not an enumerated offense, and doesn’t fit into "otherwise clause." In terms of the Begay analysis, the panel found that, even though the offense may be purposeful, the statute does not require violence or aggression.
In Michigan, one can commit R and O by failing to obey a lawful command. This aspect of the statute was important in the decision.
Two things to keep in mind:
* Offenses under other subsections of 750.81d may involve crimes of violence. See United States v. Alexander, 543 F.3d 819 (6th Cir. 2008) (finding that a violation of Section 750.81d(2) is a crime of violence—that subsection has as an element causing bodily injury).
* The panel still remanded for review of the Shepard docs. The opinion allows for a review of the docs to determine whether the defendant did indeed assault an officer.
Posted by Clare Freeman, RWS, WD Mich at June 05, 2009
Email ThisBlogThis!Share to TwitterShare to FacebookShare to Pinterest

Hello friends I am a foreigner visiting pages in another language, try to understand their language but it cost too much and that is why we invite you to my blog which is certainly very interesting and also a translation for your language I do this through a software sure your web is also very good, thank you very much now.