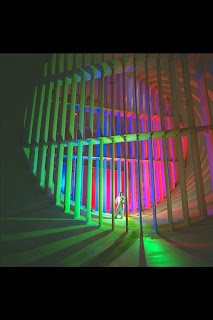 The panel of Chief Judge Boggs and Judges Moore, and Sutton issued an opinion in United States v. Jones, No. 08–1352 (6th Cir. July 7, 2009), considering mandatory minimums and construing plea agreements. The panel made clear a few interesting points, among them:
* A plea agreement will always be construed against the government if there is any ambiguity.
* Mandatory minimum sentences are not likely to be found cruel and unusual—a life sentence for a first-time offender has been upheld.
The defendant received a fifteen-year sentence for crack cocaine and a firearm in furtherance of the dugs. The defendant had waived his right to appeal a sentence at or below the maximum guideline range as determined by the district court. The issue was: what is the guideline range? Was it the mandatory minimum or the range calculated under the Guidelines? The Court looked to U.S.S.G. Section 5G1.1(b), which says that a mandatory minimum dictated by statute becomes the guideline range when it is higher than the range calculated under the Guidelines. The Court concluded there was ambiguity as to what the "range" was and gave the defendant the benefit of the doubt. The Court cited plea agreements from other circuits that made clear what was intended by "range."
It is fairly clear from Chief Judge Boggs’s concurrence/dissent that the defendant was aware that he had to receive the mandatory minimum sentence.
In terms of the substance of the sentence, the Court rejected the defendant’s Eight Amendment challenge to the ten-year mandatory minimum sentence for possessing with the intent to distribute more than 50 grams of crack cocaine. The Court concluded that the Eight Amendment is only offended when there is an extreme disparity between the crime and the punishment—the narrow proportionality principle.
Posted by Clare Freeman, RWS, WD Mich at July 13, 2009
Email ThisBlogThis!Share to TwitterShare to FacebookShare to Pinterest