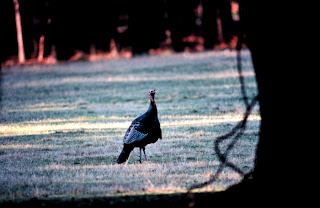 United States v. Gibbs, 09-2031 (6th Cir. Nov. 24, 2010) (to be published). Panel of Judges Guy, Griffin, and Barzilay (U.S. Ct. Int'l Trade).
D convicted of being a felon in possession. Originally sentenced in June 2006 to 108 months. D appealed, arguing his sentence should have been concurrent with state prison term. Ct of Appeals concluded that 5G1.3(c) could not be treated as robbing the dist ct of discretion to impose a concurrent sentence. Case remanded. D resentenced in July 2009.
At resentencing, dist ct declined to recalculate GLs. Said recalculation outside scope of remand. Ct reimposed 108-month sentence and recommended that BOP give D credit for time served on state sentence. D appealed again.
5G1.3 and Concurrent Sentence:
* Whether sentence is concurrent or consecutive is within sentencing ct's discretion.
* Power to determine credit for time served belongs to BOP.
Scope of Remand and Review:
* Dist ct is bound by scope of appellate ct's remand.
* Limited remands explicitly outline the issues to be addressed by the dist ct and create narrow frameworks within which a dist ct must operate. General remands give a dist ct the authority to address all matters as long as there is consistency with the remand. Whether a remand is limited or general is a legal question that appellate courts review de novo.
* When the Ct of Appeals vacated the original sentence and remanded for resentencing "consistent with this opinion," the remand was general and did not bar the dist ct from revisiting the GL calculations.
* Gov argued that D waived GL arguments by not bringing them in initial appeal.
* D said that new amendments to GLs and developments in crime-of-violence analysis were not available at time of original appeal. Could not have brought arguments at that time.
* Ct of appeals does not address these issues, but finds that gov waived its waiver argument by not bringing it in the dist ct. Gov had taken position that dist ct could revisit GL calculations.
4A1.2(a)(2) and Crim Hist:
* D argued for application of amended version of 4A1.2(a)(2) (count sentences imposed on same day as single sentence).
* But GLs in effect at time of original sentencing apply per 18 U.S.C. 3742(g)(1). And amendment not clarifying, so not retroactive.
* Even if amended GLs did apply, D would be in same crim hist category. Intervening arrest barred counting certain sentences as a single sentence.
Offense Level and Prior Crime of Violence:
* Plain-error review applied b/c D did not object.
* 2nd Degree Home Invasion is a C of V (Michigan offense). It is C of V even if the residents had died and the house was vacant at the time of the offense.
* Walkaway prison escape (under Michigan law) is not a C of V (following Chambers and Ford).
* Resisting and Obstructing an Officer (under Michigan law) is not a C of V. Shepard docs revealed D failed to obey a lawful command by running away from a traffic stop when he had been a passenger in a car that officers pulled over.
* Errors plain, so remand necessary.
Posted by Clare Freeman, RWS, WD Mich at November 29, 2010
Email ThisBlogThis!Share to TwitterShare to FacebookShare to Pinterest
Labels: Crime of Violence, Plain Error, Scope of Remand