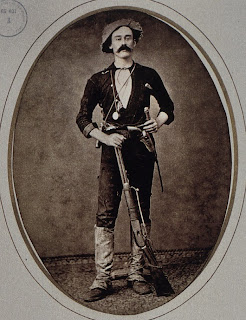 United States v. Coleman, No. 09--5052 (6th Cir. Dec. 10, 2010) (Judge Rose of S.D. Ohio delivered the opinion, in which Judge Griffin joined; Judge Gilman concurred in part and dissented in part.)
* Four-level enhancement for 23 rounds of ammunition that supposedly facilitated distribution of marijuana.
Defendant said that possession of ammo without a gun does not aid possession of drugs. COA finds that ammo was in close proximity to drugs. Emphasizes the GL's use of "any firearm or ammunition." Also applies "fortress theory": ammo potentially reduced difficulty of completing the drug trafficking. It "emboldened" him---he was one step closer to having a fully-loaded gun.
* Government declined to move for third acceptance-of-responsibility level.
Plain-error review. COA finds that government has broad discretion. Just can't be unconstitutional or arbitrary. Here, gov had argued for enhancement for obstruction of justice. Dist ct declined to find obstruction and gave defendant two-level reduction for acceptance. Gov declined to move for third level, saying that defendant had threatened a potential witness and this behavior was inconsistent with acceptance of responsibility.
*Judge Gilman's concurrence and dissent.
Judge Gilman concurs in the conclusions regarding acceptance of responsibility. Disagrees on issue of ammunition. "The record contains no evidence that Coleman had a gun anywhere around, and bullets alone could hardly embolden him or scare potential buyers who might be inclined to steal his marijuana." Having a gun without bullets is one thing (b/c a person faced with the gun doesn't necessarily know if it's loaded or not). But bullets alone aren't harmful. Fortress theory does not apply to ammo alone. Dissent notes there are circumstances in which ammo alone could justify the enhancement (e.g., if two ppl decided to rob a bank and one agreed to bring the gun and the other agreed to bring the ammo).
According to the dissent, this decision is the first and only published decision in the country applying the enhancement where ammo alone was deemed to facilitate the drug dealing.
Posted by Clare Freeman, RWS, WD Mich at December 14, 2010
Email ThisBlogThis!Share to TwitterShare to FacebookShare to Pinterest
Labels: Firearms