The ACCA, Sykes, Oscar, and Yogi 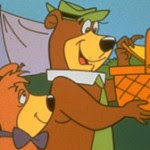 Well, we all knew that the good times couldn’t keep rolling forever. After a two-week span of favorable opinions regarding the Shepard/Taylor categorical approach — including United States v. McMurray and United States v. Gardner — something had to give. That something was United States v. Coleman, published yesterday.

Thanks to the Armed Career Criminal Act, Coleman managed to receive a 15-year sentence that everyone seemed to agree was “harsh on the facts of this case.” Specifically, Coleman found “an unloaded, dilapidated firearm frame that had no trigger assembly and could not be made readily operable.” Under the logic of the federal criminal code, however, a “firearm frame” is the same as a “firearm,” and he was arrested as a felon in possession. Unfortunately for him, Coleman had three prior Ohio convictions for burglary, making him eligible for the ACCA. Or was he?

Yes, yes he was. You see, Ohio’s burglary statute is delightfully “non-generic” under Taylor, because it includes such non-traditional “structures” as watercraft, aircraft, railroad cars, trucks, tents, etc. Nevertheless, under the pesky residual clause of the ACCA the Ohio offense still “presents a serious potential risk of physical injury to another.” This is because, according to the opinion, the Ohio statute requires that any lean-to, yurt, or shanty that was burglarized had to be “occupied.” Like “firearm,” however, “occupied” has multiple meanings. In the Buckeye State it can also mean (1) “maintained as a permanent or temporary dwelling, even though it is temporarily unoccupied”; or (2) “specially adapted for the overnight accommodation of any person.” So in case you’re wondering, yes, “occupied” can, in fact, mean “unoccupied.” But this requirement that the burglarized structure be “occupied” was enough to up the danger level to others and make it similar to your classic, gold-standard burglary.

So Coleman gets 15 years because of (1) a found gun that did not — and could never — work, and (2) three prior “burglaries” that might have involved breaking into a garbage dumpster that was unoccupied but was “specially adapted for overnight accommodation” by, say, Oscar the Grouch. There is no silver lining here for Coleman, but is there for other defendants? Possibly. For those keeping track of this kind of thing, Coleman cites three times to Begay, the golden child of ACCA analysis, and only once to Sykes, the evil red-headed stepchild. Here’s that entire cite: “But the Supreme Court has recently made clear that the absence of a statutory element requiring proof of [purposeful, violent, and aggressive conduct] is not by itself a ground for concluding that an offense is not categorically violent. See Sykes . . . .” This near-dictum is unfortunate, but at least the Sixth Circuit did not see fit to follow the bizarre suggestion in Sykes that the appellate court somehow tabulate all burglaries in Ohio and see what percentage involved a risk of harm, as Justice Kennedy appeared to advocate. Do any other readers/commenters out there (all two of you) think we are avoiding the full Sykes-ocalypse foreseen by many legal Cassandras, or is this just the death-by-a-thousand-cuts of Begay?

One last little thought-exercise for you: Taylor specifically based its holding on the fact that the Missouri burglary statute in question had non-generic elements because it included breaking and entering into “any booth or tent, or any boat or vessel, or railroad car.” Because Taylor could have committed his crimes by breaking into a tent, he could not categorically be said to have committed “burglary” in the generic, federal sense of the word and therefore did not qualify under the ACCA. Here, the Ohio statute also allows for “burglary by tent,” but according to the Sixth Circuit the burglary can qualify Coleman for the ACCA because of Ohio’s “occupancy” requirement. But the “occupancy” requirement also includes any unoccupied dwelling (including a tent) that was “specially adapted for the overnight accommodation of any person.” Here’s the question: Aren’t all tents “specially adapted for the overnight accommodation of any person”? In Taylor, was Justice Blackmun really only concerned with tents that hadn’t yet been pitched? Did they have to be rolled up? More importantly, if Yogi Bear took a pic-i-nic basket from three separate tents on “occasions different from one another,” is he ACCA-eligible? In Ohio, the answer appears to be yes. Campers of the world rejoice. Coleman, not so much.
Posted by anbrandon at August 25, 2011
Email ThisBlogThis!Share to TwitterShare to FacebookShare to Pinterest

You're hilarious! I love it. But I think after this decision I'm changing my name to Cassandra. I wanted to be Penthesilea and fight! But I was pretty depressed after this decision. :( I think ACCA is going the way of the "om" (your post below) and is a mud puddle of clarity. I'm throwing in with the Justice Scalia Sykes camp. Shoot the thing and put it out of its misery.

My vote goes with a thousand cuts. It seems we are now in "you could put an eye out that way!" territory, with very creative thoughts about ocular destruction.

Ouch. The red stop sign is distressing. But fear not: it is still just a yellow flag on Westlaw.