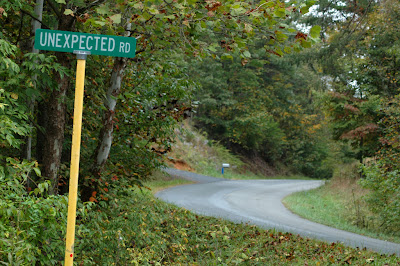 In United States v. Shaw, No. 11-6433 (Feb. 21, 2013), the Sixth Circuit ordered the suppression of evidence discovered during the unreasonable execution of an arrest warrant at the wrong address.

When Memphis police officers attempted to arrest Phyllis Brown at her home, located at 3171 Hendricks Avenue, they ran into a problem: there was no house with that address, though there were were two houses across the street from one another with addresses of 3170 Hendricks Avenue.  At this point, Judge Sutton explains in his majority opinion, "they were getting warmer."  But instead of engaging in any of the basic investigatory tactics that could have revealed which of the homes was actually 3171 Hendricks -- such as "determin[ing] which side of the street contained odd-numbered addresses," checking "city records or . . . Google Maps," or "go[ing] up to one of the houses and ask[ing] an occupant which house was 3171 Hendricks and which one was 3170 Hendricks" -- the police simply approached the house that appeared to be occupied at the time.

When the officers made contact with a female occupant of the house, they still did nothing to confirm whether they were at the correct house.  "Instead of asking the woman what the address of the house was, whether Phyllis Brown lived there or whether this was the odd-numbered side of the street," they told the woman that they "had a warrant 'for this address.'"  As it turns out, they were wrong -- they were standing on the porch of the true 3170 Hendricks.

But the woman took the officers at their word and let them into the house.  What they discovered should come as no surprise: "Instead of finding Brown, they found a lot of cocaine."

The Government offered five reasons why the entry into 3170 Hendricks Avenue was reasonable: (1) it was occupied, (2) a woman answered the door (and Phyllis Brown is a woman), (3) the woman closed the door when the officers first arrived, (4) the officers saw scales inside the house, and (5) the officers had a 50/50 chance of picking the right house.  The Sixth Circuit found none of these reasons satisfactory, whether viewed "singly or cumulatively," and held that the police had no reasonable basis to enter the defendant's house.  The court took particular exception with the police officers' false statement that they "had a warrant 'for this address,'" explaining,

The officers took a knowing roll of the dice, and perhaps it would have worked had they been right as a matter of chance about the address.  But when they were wrong, that was their problem, leaving them with having obtained entry into the wrong house based on a false pretense. An officer may not falsely tell a homeowner that he has an arrest warrant for a house, then use that falsity as the basis for obtaining entry into the house.

Once inside the house, the police officers knowingly lied to the occupants about which house they were looking for -- telling the occupants that they were trying to find 3170 Hendricks in the hopes that the occupants would then claim that they were at 3171 Hendricks.  This intentional false statement, the court found, rendered the officers' continued presence unreasonable, and required the suppression of the evidence discovered in the home.

Judge Griffin dissented, arguing that because this case does not involve "deliberate, reckless, or grossly negligent conduct" by the police, and because "the officers shared a good-faith belief" that they were at the correct house, "this is not an appropriate case for deterrence and suppression is not warranted."

Infrastructure Engineer's roles include being responsible for designing, building, implementing and maintaining the IT infrastructure using the latest technology. An IT infrastructure engineer ensures that all IT systems that support businesses of any size operate efficiently.