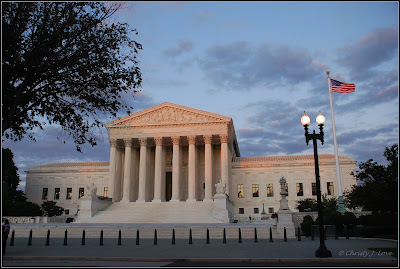 United States of America v. Kimberly Taylor, 6th Cir. 15-5930, presents a “novel question” regarding whether §1B1.10 denies a district court authority to reduce a defendant’s sentence below his/her amended guidelines range for departures or variances other than a substantial assistance departure.

At sentencing, the United States moved for a downward departure based on her substantial assistance and recommended a sentence as low as 87 months, 19 percent below the bottom of the guidelines range.   Defense also moved for a downward variance requesting a sentence of 48 months.   Both motions were granted and Kimberly Taylor was sentenced to 72 months imprisonment.  At sentencing,  the district court failed to specify how the reduction was attributable to each motion.   As noted by the Sixth Circuit, the reduction reflected a 33 percent drop from the bottom of the guideline range (108 months).

After Amendments 782 and 788 to the Sentencing Guidelines became effective, Kimberly Taylor moved for a sentence reduction pursuant to 18 U.S.C. § 3582(c) and Amendment 782.  She argued that her new guideline range was 87 months to 108 months based on the new total offense level of 29 with a criminal history category of I.  Since her original sentence was reduced by 33 percent, she requested the same reduction to the amended guideline level.   Yet, the district court only applied a 19 percent reduction based on her substantial assistance and reduced her sentence to 70 months.    Subsequently, the United States and Defendant filed a joint motion for reconsideration asking the court to apply the 33 percent reduction.

The district court denied the motion providing that “because U.S.S.G § 1B1.10(b)(2)(B) is limited to departures awarded pursuant to substantial assistance motions, and because variances and non-cooperation departures are not awarded ‘pursuant’ to such motions, courts lack authority under §3582(c)(2) to grant the relief requested by the present motion.”

The Sixth Circuit found this issue as a “novel question.”  The Court examined the changes to §1B1.10 over time and found the guidelines “deny a district court authority to reduce a defendant’s sentence below her amended guidelines range except where such a reduction is based on her substantial assistance.”   The Sixth Circuit also reviewed the stance of other circuits and ultimately affirmed the   district court’s denial of the joint motion for reconsideration of Kimberly Taylor’s sentence reduction under §3582(c).
Posted by Christy J. Love (Love Law Firm, PLLC) at March 11, 2016
Email ThisBlogThis!Share to TwitterShare to FacebookShare to Pinterest