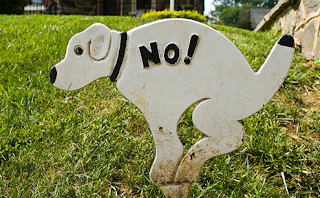 Appellant Jeffery Walker was on supervised release.  His neighbor's dog kept coming into his yard and "depositing" on his lawn.  Walker took umbrage.  In fact, he took more than umbrage - he took a machete to his neighbor, assaulting and nearly killing him.  He was charged in state court with attempted murder, and probation moved to revoke his supervised release.  The district court agreed, and imposed a 5 year sentence.

On appeal, Walker argued that, because he acted in self defense, the sentence should have been lower than the statutory maximum term.  The Court held that, despite the significant mitigation presented at sentencing, that the district court did not abuse its discretion in varying upward to the maximum term.

The Court admitted that the fact pattern was one of first impression for them.  As Judge Sutton noted "there is nothing new under the sun.” Ecclesiastes 1:9.  Maybe so. But this is a first for us—a dispute between next-door neighbors about uncollected dog deposits that degenerated into a near-fatal assault with a machete."
Posted by Kevin Schad Appellate Director SDOH at April 11, 2016
Email ThisBlogThis!Share to TwitterShare to FacebookShare to Pinterest