No warrant needed to track the location of your phone 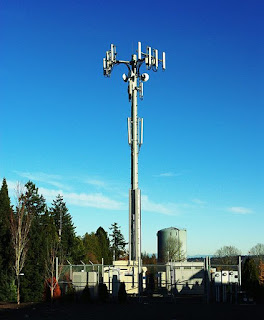 By M.O. Stevens (Own work) [GFDL (http://www.gnu.org/copyleft/fdl.html) or CC BY 3.0 (http://creativecommons.org/licenses/by/3.0)], via Wikimedia Commons
When you make a phone call on your cell phone, your phone reaches out to a cell tower.  When that happens, your cellular phone service creates a log of which cell tower you used, and places that information in their business records.  From this log, an expert can place you in a certain location within a half mile to two mile radius. The Sixth Circuit has held that this information which provides your location on a certain date and time is not protected by the Fourth Amendment.

In United States v. Carpenter, the defendants were charged with Hobbs Act robberies and 18 U.S.C. section 924(c) counts.  During trial, the United States presented testimony from an FBI agent.  The agent testified that, using his training and expertise, as well as documentation received from wireless carriers as to cell towers used by the defendants phone, he could place their location at the date and time near each robbery.

The defense objected to admission of this evidence on appeal, claiming that the information from their phones was protected by the Fourth Amendment.  The Court disagreed, finding the cell records "say nothing about the content of any calls. Instead the records include routing information, which the wireless providers gathered in the ordinary course of business. Carriers necessarily track their customers’ phones across different cell-site sectors to connect and maintain their customers’ calls. And carriers keep records of these data to find weak spots in their network and to determine whether roaming charges apply, among other purposes. Thus, the cell-site data—like mailing addresses, phone numbers, and IP addresses—are information that facilitate personal communications, rather than part of the content of those communications themselves. The government’s collection of business records containing these data therefore is not a search."