The long arm of supervised release 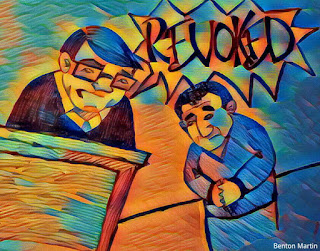 It’s only three pages long but packs a ... punchy lesson about “termination” versus “revocation” of supervised release. The Sixth Circuit held today in United States v. Cross that district courts retain jurisdiction over defendants on supervised release even after supervision is revoked—at least for violations predating the revocation.

After serving 5 years for a marijuana offense, Robert Cross used drugs on supervision. In response, the district court revoked supervision and tacked on 8 more months in prison, with 2 more years’ supervision. Then, two years later, while Cross was still on this extended supervision, the court learned that he had committed a state theft offense before the first revocation hearing. The court gave him an extra day in prison and 5 more years of supervision.

Cross challenged the court’s jurisdiction to revoke the second time, but the Sixth Circuit wasn’t having it. The difference, the court explained, is between revocation and termination: Termination discharges supervision altogether, 18 U.S.C. § 3583(e)(1); revocation merely requires part of the supervision to be served in prison, id. § 3583(e)(3). Cross was only revoked the first time, not terminated, and thus the district court retained jurisdiction to revoke him again. It makes no difference, the Sixth Circuit reasoned, that § 3583(h) says courts may impose a term of supervised release following re-imprisonment. In the court’s view, this statute simply acknowledges the reality that a defendant continues on release after a term of re-imprisonment unless the court “terminates” supervision.
Posted by Benton Martin, E.D. Mich. at January 18, 2017
Email ThisBlogThis!Share to TwitterShare to FacebookShare to Pinterest