How can municipalities collect unpaid taxes on property subject to criminal forfeiture? 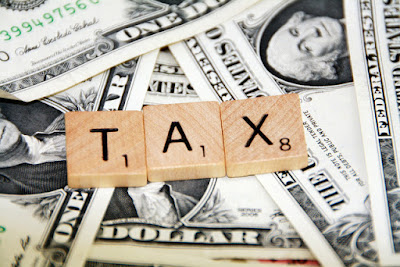 What happens when a municipality wants to collect unpaid taxes on property subject to criminal forfeiture?

The Sixth Circuit dove into that surprisingly complicated question this week in United States v. Hall, No. 16-6512.

Knox County, Tennessee, asserted a first-priority lien for delinquent property taxes on George Hall's property after he agreed to forfeit the property as obtained with the ill-gotten proceeds of an illegal gambling scheme. The County asked the court to, among other things, (1) hold a hearing to adjudicate the County's interests, (2) order the interlocutory sale of the property, and (3) delay the final order of forfeiture until the property could be sold.

The government told the court that its standard practice was to pay these sorts of taxes but only up until the date the government took title to the property. The government objected to delaying entry of the final order (and to the levying of taxes during any such delay), arguing that it would allow the County to circumvent the ban on local municipalities levying taxes on federal properties.

The district court denied the County's requests altogether -- for lack of standing. First, it held that the County lacked standing to ask for ongoing taxes because as soon as the court entered the final forfeiture order, the County had no legally cognizable interest in the taxes accruing on property owned by the federal government. As to back taxes, the court also held that the County lacked standing because the government had already promised to give the funds to the County, and thus the court couldn’t offer any redress to the County.

The Sixth Circuit wasn’t impressed, finding that the "district court’s approach falter[ed] on several levels." Among other things, the County's assertion of an interest in tax revenue was enough to establish standing. Moreover, contrary to the district court’s conclusion, "any number of court orders would likely redress the injury Knox County would suffer if its tax lien were not satisfied."

The Sixth Circuit pointed to a better approach: "Rather than resolving this case at the jurisdictional stage, the district court and the parties should have followed the procedures set forth in 21 U.S.C. § 853(n) and the Federal Rules of Criminal Procedure" (particularly Rule 32.2).

Ultimately, the Sixth Circuit required a re-do, vacating the forfeiture order and remanding the case for further proceedings to determine "the scope of Knox County's legal interest." The court also concluded, however, that the district court did not abuse its discretion by refusing to require the interlocutory sale of the property. It emphasized the wide discretion granted to district courts in determining whether such sales are appropriate.

Along the way to its decision, the Sixth Circuit laid out several substantive and procedural tips on how this process should proceed, making this opinion a useful resource for anyone faced with a similar situation.