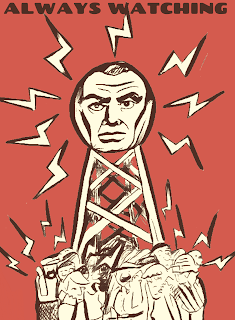 Last week, the Sixth Circuit, on the government's motion, published the previously unpublished decision in United States v. Pembrook (which -- full disclosure -- I worked on). There are issues preserved for Supreme Court review -- claims related to Carpenter and Dimaya -- so I won't go into too many details. But because of the government's request to publish, I think it's useful to flag the case here.

In a nutshell, Pembrook was a four-defendant consolidated appeal in a Hobbs Act robbery case, with stacking 924(c) counts. Each defendant received 33 years in prison. A big part of the government's case was historic cell-site location information (from a "tower dump") that prosecutors used to argue that the defendants traveled from Philadelphia to the West-side of Michigan (where one robbery occurred) and then to the East-side of Michigan (where a second occurred) before returning to Philadelphia.

The motion to publish argued that "[l]itigants have inundated federal courts in this circuit with claims challenging the propriety of testimony about cell site location analysis." The motion provides a snapshot of how the government may try to use this case in the future. Particularly, the prosecutor asserted that the court found "cell site analysis—generally—is sufficiently reliable to satisfy Daubert and Rule 702" and "is objectively tested and subject to peer review, and the absence of an error rate is irrelevant." The prosecutor added that "[t]he real question . . . is whether cell site location analysis is reliable in a particular case."

So at the end of the day, litigators still need to test the reliability of cell-site analysis in each particular case. But this opinion underscores, as the Supreme Court did recently at oral argument in Carpenter, that the ubiquity of cell phones and location data provides the government with a potentially powerful tool against criminal defendants.
Posted by Benton Martin, E.D. Mich. at December 06, 2017
Email ThisBlogThis!Share to TwitterShare to FacebookShare to Pinterest