NY robbery a violent felony under the force clause 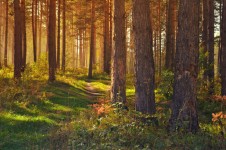 "Any 'violent felony' trek requires some preparation for the climb." And so begins the Sixth Circuit's latest foray into what constitutes a violent felony under the "force clause" of 18 U.S..C. § 924(e).  This time, the prior conviction at issue was a prior conviction for robbery in the second degree under New York law.

The Court in its analysis decided to go through a checklist (complete with check marks at the end of each paragraph) to determine the standard to be applied, and then to apply that standard to the New York statute.  In the end, the Court determined that (1) the New York statute was divisible, (2) the statute for which the defendant was convicted categorically required a finding of the use of physical force, and (3) an analysis of New York law confirmed that the focus of the statute was on physical pain or injury, not merely physical contact.

In conclusion, the Court warned that there was a future danger in the path of inquiry created by analyzing how the state interprets its statutes. "If we hyper-scrutinize the factual details of every prior conviction and hypothesize generalizations based on a few-sentence analysis in such cases, that takes us far afield from the categorical approach’s mandate—and creates an unfortunate irony to boot. How odd to dissect the precise contours of all New York robbery convictions but one: the conviction of today’s criminal defendant. We should pause before adopting a mindset that reintroduces—and multiplies—some of the very ills the categorical approach was meant to cure. Else, the occasional risks of the modest slope (reviewing state cases to understand the meaning of a state criminal law) will surpass the perils of the steep slope (reviewing the facts of each defendant’s relevant state court convictions). "

Of note, the opinion also contains a dissent by Judge  Merritt, in which he submits the Rule of Lenity should be applied to account for the variety in which New York treats its own statutes.
Posted by Kevin Schad Appellate Director SDOH at March 26, 2018
Email ThisBlogThis!Share to TwitterShare to FacebookShare to Pinterest