Who Decides? The Sixth Circuit Says, "Not Us."

“It’s unexplainable having a weight like [probation] on your shoulders, knowing you could lose your freedom any given second.”—Meek Mill in Dan Adler, “I’m Still in Shock Right Now”: Meek Mill on His Probation Win and Onerous Legal Odyssey, Vanity Fair (Aug. 2019)

Life in prison and on supervision is brutal and hopeless. There are few mechanisms for people who are incarcerated or subject to court-ordered supervision to apply for shorter sentences or relief from the conditions of supervision. Here are just a few options available:

But recently, the Sixth Circuit has cut back on the availability of these avenues to relief and a person’s right to seek appellate review of the district court’s decision. 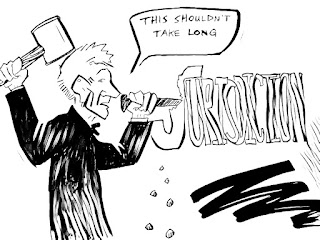 The first instance was United States v. Turner (full disclosure: my office is representing Mr. Turner). After serving three year of a 15-year sentence, Mr. Turner filed a motion for a sentencing reduction after the Sentencing Commission revised and lowered the controlled-substance Guidelines. Without re-calculating the Guidelines or providing reasons, the district court denied the order. Mr. Turner appealed, but a two-judge majority held that there was no jurisdiction over the appeal because of United States v. Bowers, 615 F.3d 715, 716-17 (6th Cir. 2010). In Bowers, the Sixth Circuit held that the court of appeals does not have jurisdiction to review the reasonableness of the denial of a motion for a sentence reduction. In doing so, the Sixth Circuit became the only circuit court in the country to hold that these denials are sentencing appeals, not “final orders,” and so the limits outlined in 18 U.S.C. § 3742, which governs appeals of sentences, circumscribes appellate jurisdiction. Every other court has held that there is jurisdiction to review the denial of motions for a sentence reduction. Judge Moore forcefully dissented, urging the court not to extend the Bowers rule, which she believed was different than a procedural or legal error.

United States v. Faber offered another take on the general theme of limiting jurisdiction. One condition of Mr. Faber’s supervised release was that he not contact Tylyn Gieszer, who was his spouse in accordance with his Wiccan religious practices. Mr. Faber filed a motion under 18 U.S.C. § 3583(e)(2) to modify his conditions and eliminate this no-contact condition he argued violated his First Amendment right to freely exercise religion. The district court denied the motion, and on appeal, the Sixth Circuit held that the court had no jurisdiction to entertain such a motion in the first place.

The court held that courts may modify conditions of supervised release after a defendant has exhausted or failed to exercise his appeals only if the modification relates to the factors specifically enumerated in § 3583(e)—the § 3553(a) factors (minus retribution). Because the “illegality of the condition” is not listed in the statute, the court held there is no jurisdiction to challenge even an unconstitutional condition after the appellate period has expired. (There is a circuit split on this issue. The Seventh Circuit is the sole circuit court to permit constitutional challenges to supervised release conditions.)

I’ll pause for a moment to outline a practical consequence of this opinion. Trial-level practitioners must object to illegal supervised release conditions at the time of sentencing.

The Sixth Circuit even eliminated a path for people incarcerated in state prisons to get relief in federal court. In Bailey v. Wainwright, the court considered whether 28 U.S.C. § 2254 provides a mechanism for people to vindicate rights violated by the state parole board. People have a Due Process right to a factually accurate parole record. After the board denied Mr. Bailey parole multiple times, he requested access to the records the board reviewed. Once he finally received them, Mr. Bailey noticed that the description of his offense was inflammatory and incorrect. When the parole board did not correct it and he had exhausted his state appeals, Mr. Bailey filed a petition for a writ of habeas corpus in federal court.

The Sixth Circuit considered whether his claim—the right to accurate parole records—was cognizable under § 2254. In order to bring a habeas claim, a person must be “in custody.” But the majority held that Mr. Bailey was not in custody because of the inaccurate information in the parole record. In doing so, the majority created a but-for causation requirement. Perhaps acknowledging that the holding left Mr. Bailey without a remedy for the constitutional violation, the majority suggested he could file a civil rights lawsuit under 28 U.S.C. § 1983. But we all know how effective that remedy is.

Judge Stranch dissented, accusing the majority of ignoring binding precedent. In her view, § 2254 provided an avenue to relief because the remedy he sought—the correcting the record—had a chance of changing Mr. Bailey’s custody status.

There was one instance where the Sixth Circuit reopened the possibility that an incarcerated person could obtain relief. In Young v. Kenney, the court revived an appeal that could have been dismissed because Mr. Young filed his notice of appeal late. The timing requirement of 28 U.S.C. § 2107 and Federal Rule of Appellate Procedure 4(a)(1)(A) is jurisdictional. But Mr. Young’s notice of appeal included an explanation for why he could not file a timely appeal: he was transferred to a different prison and for a mental health evaluation. While there, he did not have access to his documents. The court acknowledged there is a good-cause exception to the timing requirement and read Mr. Young’s notice of appeal as a motion for extension of time. He now has a chance to prove to the trial court that good cause exists. Whether the Sixth Circuit will ever have jurisdiction to answer his legal question is still TBD.

Posted by Colleen Fitzharris, E.D. Mich. at February 23, 2020
Email ThisBlogThis!Share to TwitterShare to FacebookShare to Pinterest