Attenuation and Inevitable Discovery Are Not the Same: A Tale of Two Tests 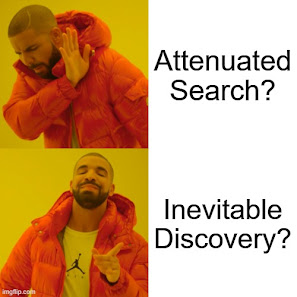 What happens after police officers discover a weapon during an illegal search of a residence for which they subsequently obtain the resident's consent? Should the district court evaluate the consent's attenuation from the illegal search or whether the police officers would have inevitably discovered the firearm during the subsequent lawful consent search? The Sixth Circuit attempts to answer that question in United States v. Cooper.

Local law enforcement agencies sought to execute an arrest warrant on Taurus Cooper, whom they believed was a high-ranking gang member who had previously brandished a Glock handgun with a high-capacity magazine in a Facebook photo. They believed he was living with his girlfriend, Angel Walton, so they traveled to her house to execute the warrant. When they arrived, Walton answered the door. Through the opened door, officers saw Cooper sitting on the living room couch. Fearing Cooper might flee, the officers asked Walton about a fictional character and whether he was there. When Walton answered "no," the officers obtained her consent to enter the residence. A team of officers promptly arrested Cooper and conducted a protective sweep of every room of Walton's house. That search led to the discovery of a handgun hidden under a mattress in one of the bedrooms. Realizing their discovery, the officers had Walton initial a consent-to-search form.

Charged with possessing a firearm as a convicted felon in violation of 8 U.S.C. § 922(g), Cooper moved to suppress the gun seized during the sweep. Although the district court agreed the officers conducted an illegal sweep, it denied Cooper's motion, holding that Walton's consent was voluntary and that the officers would have inevitably discovered the gun during the lawful consent search. Cooper subsequently entered a guilty plea and reserved his right to appeal the district court's suppression ruling.

This author is interested in what type of evidence the district court will consider in conducting this analysis on remand. It is possible Cooper's victory will prove short-lived.

Posted by Ben Allen at February 17, 2022
Email ThisBlogThis!Share to TwitterShare to FacebookShare to Pinterest