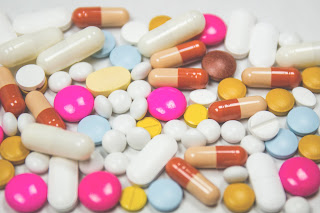 A group of nurse practitioners, and a pain-clinic manager, challenged their convictions for "maintaining a drug involved premises" (i.e., a "pill mill") on multiple fronts, including that the underlying statute, 21 U.S.C. § 856(a)(1), is unconstitutionally vague. Today, the Sixth Circuit affirmed on all grounds in United States v. Hofstetter.

The decision leaves for another day the difficult question whether § 856(a)(1) criminalizes the lawful distribution of opioids. Instead, it concludes that, whatever the outer boundaries of the law, the nurses' conduct was criminal. In particular, the court emphasized that a jury instruction required the government to prove that the drug distribution occurred "for the purpose of illegally distributing Schedule II controlled substances."

On a related issue, the court avoided the question whether the trial court could have been required to instruct the jury that, to find the nurses guilty, the nurses needed to have distributed drugs without a legitimate medical purpose and outside the usual course of professional practice. The rub here is that, before submitting instructions to the jury (which did not include the instructions in italics above), the trial court sent its proposed language to the defense attorneys, who did not object. The Sixth Circuit emphasized that improper jury instructions rarely justify reversal if no objection is made, and followed course here.

The court also explained at length why it found the evidence sufficient to sustain the § 856(a)(1) convictions.

As evidence of knowledge, the court looked to the fact that the clinics didn't accept insurance but charged a flat cash fee, often paid by third parties. Groups of patients often arrived together in a single car from out-of-county. Waiting rooms were frequently standing room only, and patients testified they attended the clinic in obvious states of drug withdrawal. Staff members engaged in kickback schemes with medical companies and accepted bribes, and others quit quickly, they said because they realized the clinics weren't above board.

And as evidence of a purpose of illegal distribution, the court cited that the clinic manager instructed staff to solicit patients discharged from other clinics for having "track marks" or drug addiction. The court also looked to the sheer volume of opioid prescriptions, and to testimony from another doctor who reviewed a portion of patient files and concluded that none of the opioid prescriptions he reviewed were legitimate.

The court also affirmed evidentiary rulings and rejected a challenge to prosecutor remarks during closing that came very close to commenting improperly on the clinic manager's decision not to testify. Overall, this is an important decision to review for any attorney litigating a "pill-mill" case if the medical professionals working there claim to have operated within the boundaries of acceptable medical practice.

Posted by Benton Martin, E.D. Mich. at April 11, 2022
Email ThisBlogThis!Share to TwitterShare to FacebookShare to Pinterest