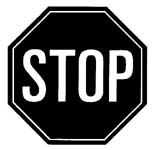 CP case.  Recommended sentencing range under the GLs was 63 to 78 months.  Dist ct sentenced the defendant to one night in lockup + ten years of supervised release.  (Probation had recommended two years of custody.)

COA agreed and vacated the sentence.

Background details:
* Defendant was 67 years old.
* No criminal history.
* Had suffered two strokes and cared for his ailing wife.
* Gov had argued for a GL sentence.
* Dist ct said the GLS were "seriously flawed" b/c of Congress's involvement in them.

Appellate Court's conclusions:
* GLs still initial benchmark.
* Justification for a variance must be "sufficiently compelling" to support the extent of the variance.  Cites Gall.
* If a dist ct rejects the GLs, the COA "will 'scrutinize closely.'"
* The Constitution "merely tolerates, rather than compels" Congress's delegation of power to the Sentencing Commission.  "Congress can marginalize the Commission all it wants . . . ."  Congressional involvement in the GLs (that may be politically motivated, rather than motivated by empirical study) is more a "constitutional virtue, rather than vice."
* Congress's delegation of power to the Commission is a limited one.  The remainder is retained by Congress.
* The Court found that "it follows that a district court cannot reasonably reject [section] 2G2.2---or any other guidelines provision---merely on the ground that Congress exercised, rather than delegated, its power to set the policies reflected therein."
* The district court need not agree with the GL with which Congress has played a role, but Congress's involvement "is not itself a valid reason to disagree with the guideline."
* To survive close scrutiny, a sentencing "court must explain its disagreement in terms that are persuasive on policy grounds, not political ones."

Comparing Kimbrough:
* Yes, "the Commission did not act in its usual institutional role with respect to the relevant amendments to [section] 2G2.2.  But that is because Congress was the relevant actor with respect to those amendments; and that puts [section] 2G2.2 on stronger ground than the crack-cocaine guidelines were on in Kimbrough."
* Nothing in the Constitution "confines the exercise of Congress's sentencing power to empirical grounds alone."
* CP GLs based on retribution and punishment, as well as other concerns.

3553(a) discussion:
* "Notably omitted" from the dist ct's discussion ("and virtually unpunished") was the offense of possessing CP.
* The Court concluded that collateral effects of a conviction/sentence like having to register as a sex offender do not satisfy the need for a sentence to reflect the seriousness of the offense.
* Gov provided a victim statement to which the COA looked.
* The mitigating factors present could not justify the sentence.  Court cited United States v. Christman, 607 F.3d 1110 (6th Cir. 2010).
* Court concluded that the defendant had not expressed remorse and that the sentence "validated" the defendant's perceptions.
* Court distinguished United States v. Stall, 581 F.3d 276 (6th Cir. 2009).  Stall involved only plain-error review.  And government in Stall did not pursue the matter strongly.