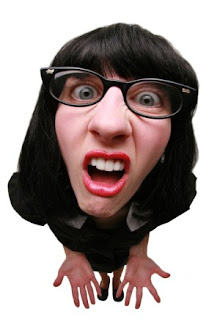 The opinion deals primarily with the (over?)breadth of the search warrant. The FBI narrowed its investigation to one server in California: cabinet 200.02, server number 4, at the BlackSun facility in Los Angeles, California. The warrant permitted a search of the entire server. In addition to Richards' websites, server number 4 might have contained the information for any other number of sites. On the other hand, Richards could have mislabeled his directories.

Judges Griffin and Siler agreed that narrowing the search to one server was particular enough. Judge Moore disagreed and found the warrant overbroad. Judge Moore would have required the warrant to be limited to specific directories and the server's unallocated space.

What is abundantly clear from this opinion is that our law is ill-equipped for the internet age. In order to find familiar ground and invoke precedent, the Judges grapple for the best analogy. Maybe servers are like file cabinets. Maybe they are like drawers in file cabinets. Maybe they are like apartment buildings and the administrator is like a landlord. Maybe the unallocated space is like a common area -- but what if the bike is locked to the radiator?

Both opinions have real problems because, in the end, the internet is not like anything else. The majority points out a seemingly irreconcilable problem. Computers hold so much personal and private information that they should receive extra Fourth Amendment protection. But criminals can hide, mislabel and manipulate files such that there is no way to find anything without a broad search.

There will no doubt be much development in this area of the law. But for now, in this circuit, a warrant to search one (1) whole server is good enough.
Posted by Ryan Harvey at October 25, 2011
Email ThisBlogThis!Share to TwitterShare to FacebookShare to Pinterest
Labels: child pornography, Motion to Suppress

this picture . . . is very disturbing!